August 31, 2020 – Great Barrington, Ma. – The Community Development of South Berkshire (CDCSB) will host a virtual film fundraiser on Friday, October 2, 2020, featuring the documentary film: Brief Encounters, which highlights the work of internationally acclaimed photographer, Gregory Crewdson. A live, online question and answer session with Crewdson and the film’s producer/director, Ben Shaprio, will follow the screening. Proceeds from the event will support the work of the CDCSB in building affordable housing and creating jobs in the Berkshires. Theory Wellness is the event’s lead sponsor.

“The CDCSB does amazing work in our local community, and I was honored to be asked to participate in this year’s fundraiser. I deeply support the work they do,“ said Gregory Crewdson

An acclaimed photographer with an eye of a filmmaker, Gregory Crewdson has created some of the most gorgeously haunting pictures in the history of the medium. Brief Encounters, filmed mostly in the Berkshires, brings to the screen Crewdson’s meticulously composed, large-scale images. They are a stunning narrative of small-town America and filmed almost entirely in the Berkshires. Crewdson says he takes much of his inspiration from his own dreams and fantasies, much like Alfred Hitchcock, David Lynch, Edward Hopper and Diane Arbus. This film bares the artist’s unique process with mesmerizing images of life in our community.

Theory Wellness has joined the event as the lead sponsor. Theory was the first recreational dispensary to open their doors in the Berkshires and is the lead sponsor of the Crewdson film screening fundraiser. The store on Stockbridge Road employs over 50 employees, of all ages, from throughout the Berkshires.

“We admire the work CDCSB is doing for downtown Great Barrington and other parts of the Berkshires as a whole,” says Thomas Winstanley, Director of Marketing.  ”We’ve been fortunate to play a role in this community and are proud to support an inclusive and forward-thinking organization that’s creating tangible change at a local level.  Their impact resonates across many areas that affect residents—socially, economically, and ecologically.”

The CDCSB is responsible for building several essential affordable housing projects in the Berkshires including Hillside Apartments in Great Barrington, Pine Woods units in Stockbridge, and most recently, Bentley Apartments* in Great Barrington. For more than 20 years the CDCSB has been creating healthy, safe and affordable homes and creating jobs.

“Brief Encounters is an inspiring work of art and social commentary, featuring an internationally renowned artist. The film highlights the current circumstances and challenges facing our communities. This event is a great way to raise awareness about the struggles of people of all ages and socio-economic groups in the Berkshires, and the great work CDCSB is doing to help,” said James Harwood, CDCSB Board President.

Additional major sponsors of the event include Greylock Federal Credit Union, Highfield on Main, Lance Vermeulen Real Estate, Lee Bank, J. Harwood Architect, and the Triplex Cinema.  Mountain One is also sponsoring. Graphic design and marketing have been donated by Tipping Gardner, www.tippinggardner.com. The screening of the film was donated by Ben Shapiro and many thanks to Gagosian Gallery for their assistance.

“Our virtual film fundraiser directly supports much needed affordable housing in the Berkshires. We are grateful to Gregory Crewdson and the film’s producer/director, Ben Shapiro, for donating their time and supporting this cause,” said Allison Marchese, CDCSB Assistant Executive Director.

*Bentley Apartments is 45-unit affordable housing apartment complex located on Bridge Street and is due to be completed in March of 2021. Bentley Apartments rentals are being managed by project partners, Berkshire Housing Development in Pittsfield (413-499-1630 x 100). cdcsb.org for more information. 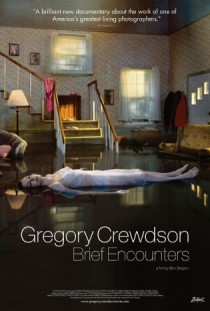